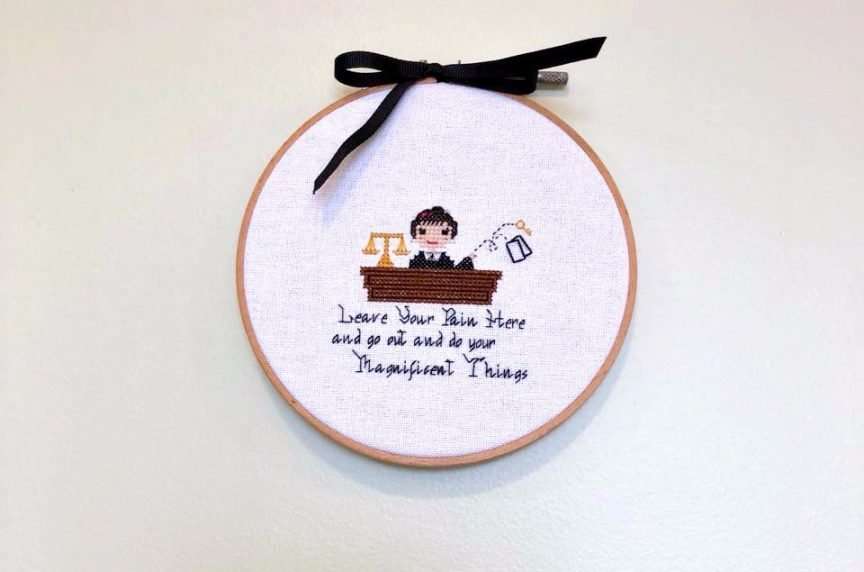 On January 24, 2018, Judge Rosemarie Aquilina was solidified a hero to abuse victims everywhere.  Not only did she sentence an abuser to 175 years for his crimes against more than 160 survivors but she gave each survivor their own platform to stand up to the abuser.  In a powerful statement, she spoke directly to hundreds of thousands of victims across the country, encouraging them to be brave and in her own words “Speak out like these survivors, become part of the army”.

Many people all over the world were inspired by Judge Aquilina, including a very crafty person named Theresa Kelly.  Theresa is one of our most engaged and talented Stitch People customers. On January 26, Theresa posted on our Stitch People Facebook Group: “… I’ve been so moved by Judge Aquilina’s compassion for the young women speaking in her courtroom… had to stitch her!
Work in progress…” 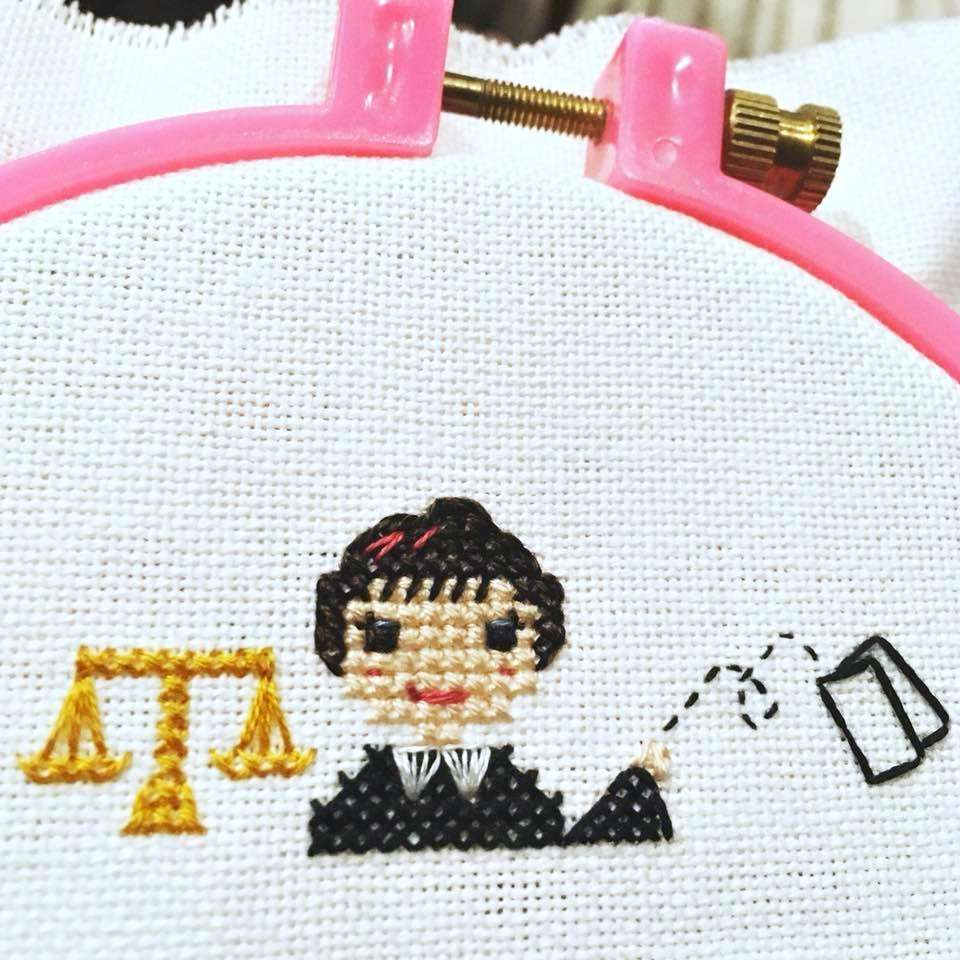 And stitch her she did but she didn’t stop there!  Wanting to show Judge Aquilina her admiration, respect and appreciation, Theresa went total (as she puts it) “fan-girl” and sent her completed portrait to her hero. 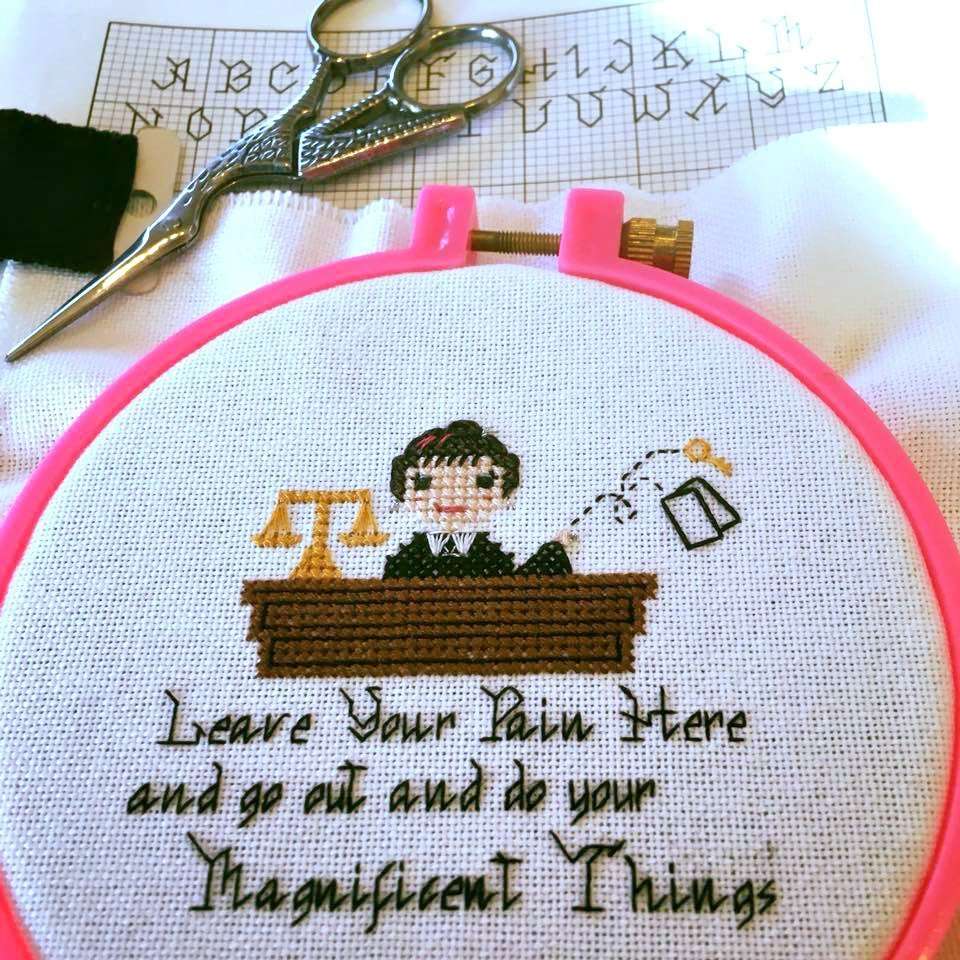 Can you guess what happened next?  That’s right!  In total Judge Aquilina fashion she didn’t just ignore or dismiss Theresa; she gave Theresa and all her fan-girling glory her own very special place, right in the Judge Aquilina’s office!! 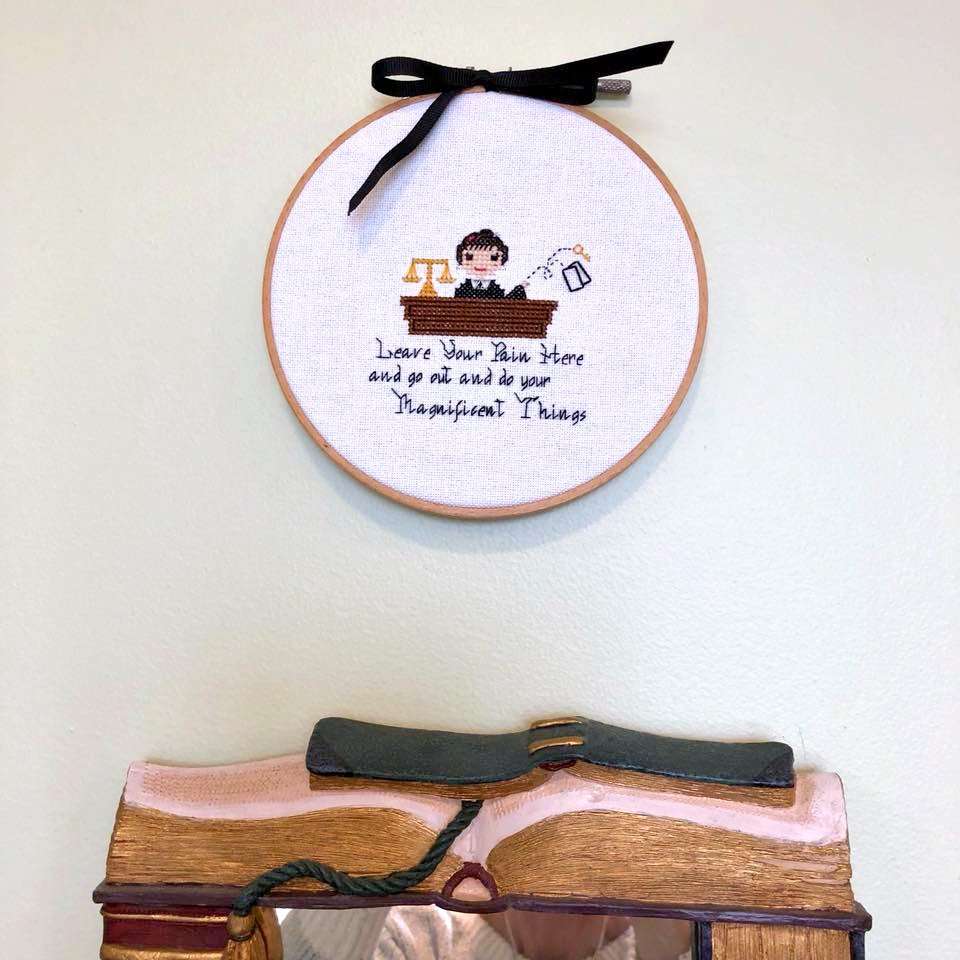 People like Judge Aquilina inspire us for a reason.  Their actions and bravery make us aspire to be better people and make the world a better place.  It’s not just people in the public eye who are inspiring us.  Take a look at some of these examples from other talented Stitch People Stitchers.

By Megan Young Murphy, a portrait of her amazing vet – Doc Ali 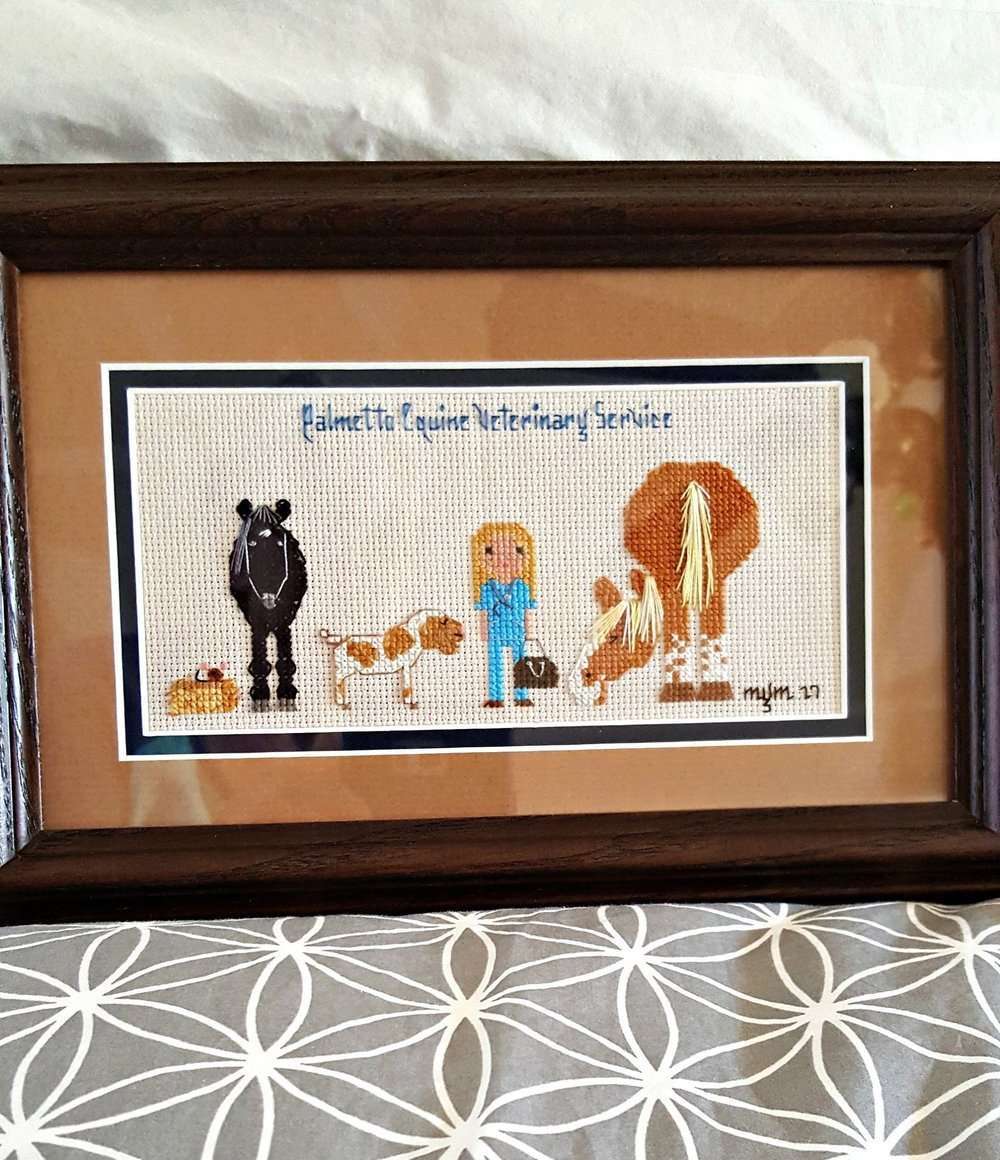 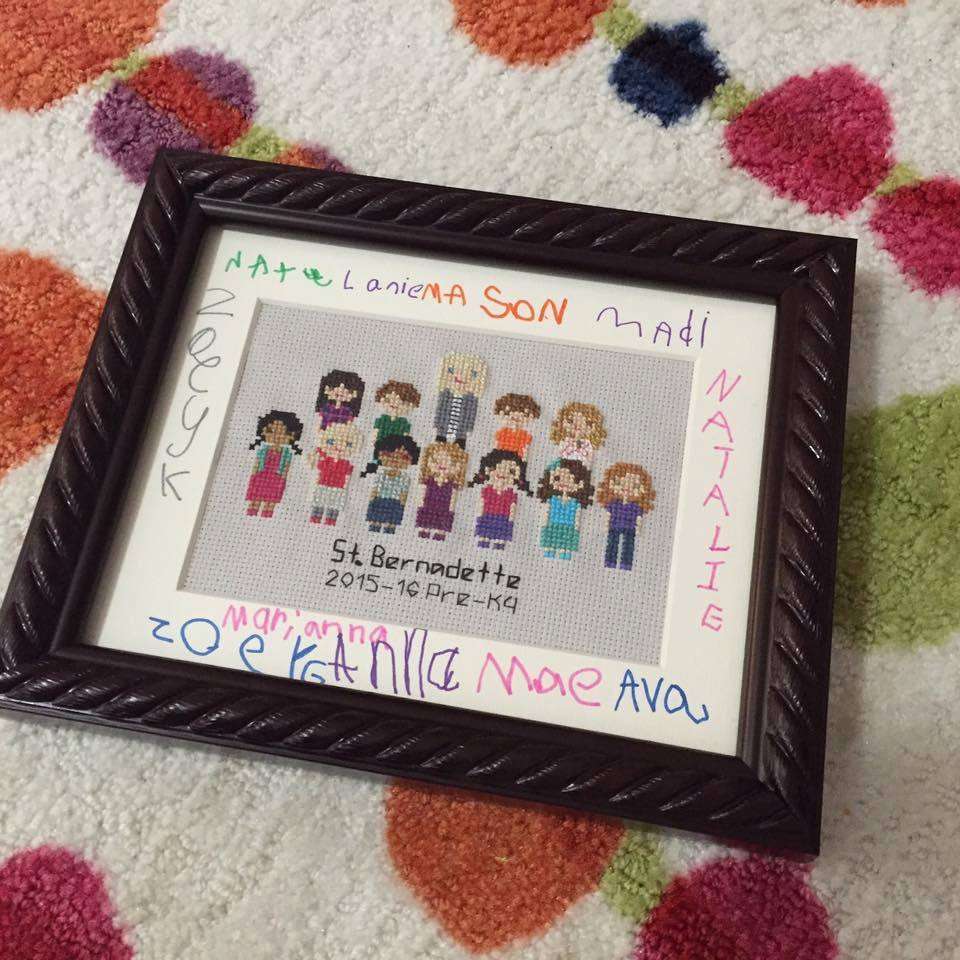 Billiejean O’Malley’s friends, the Lesses and their whole beautiful family 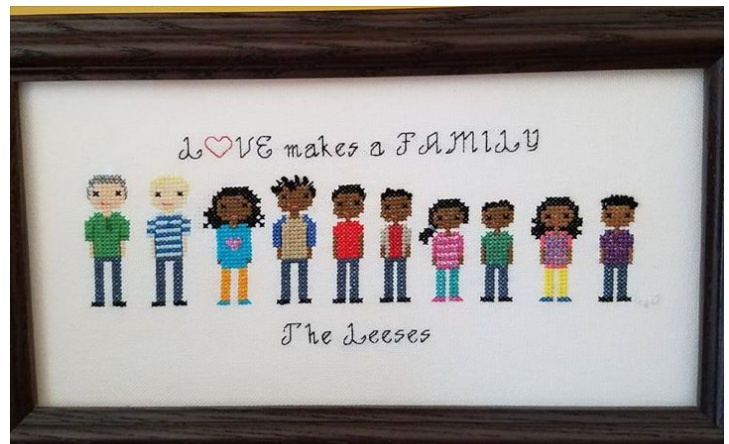 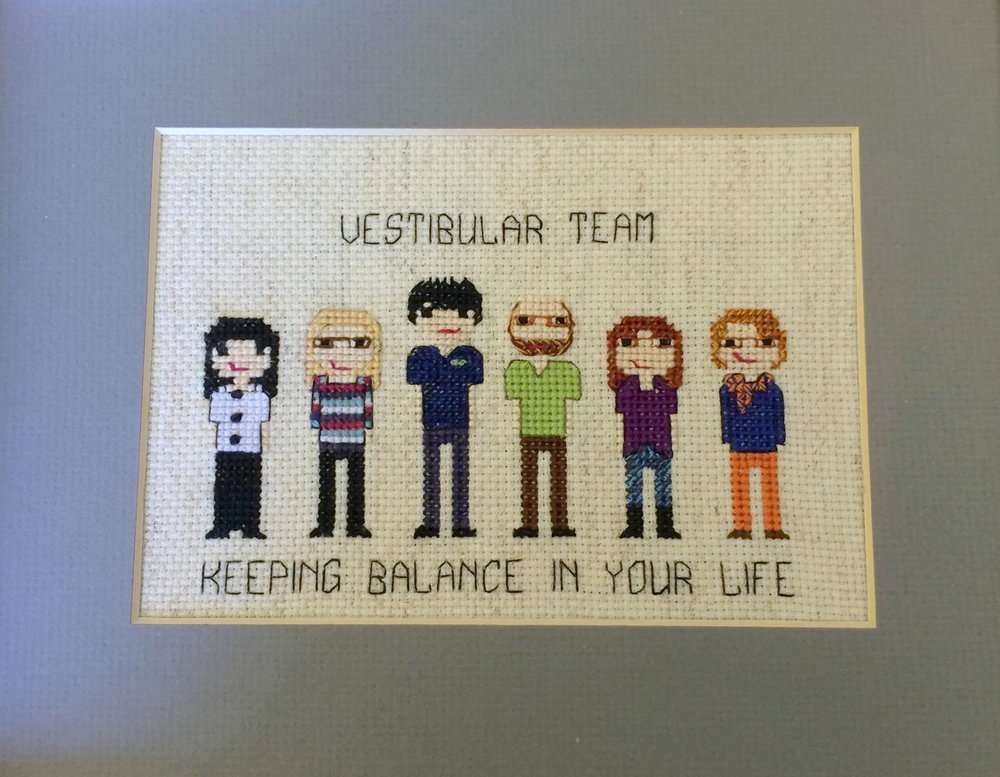 Thank you to Theresa Kelly and everyone for the way’s in which you make the world a better place.  In Judge Aquilinas words:

And they are magnificent things!!   You inspire us every day 😉

Who inspires you to capture them in stitch?  Your nurse? A novelist? Your dog?  Let us know! We love hearing your stories and inspiration.  Email us at info@stitchpeople.com