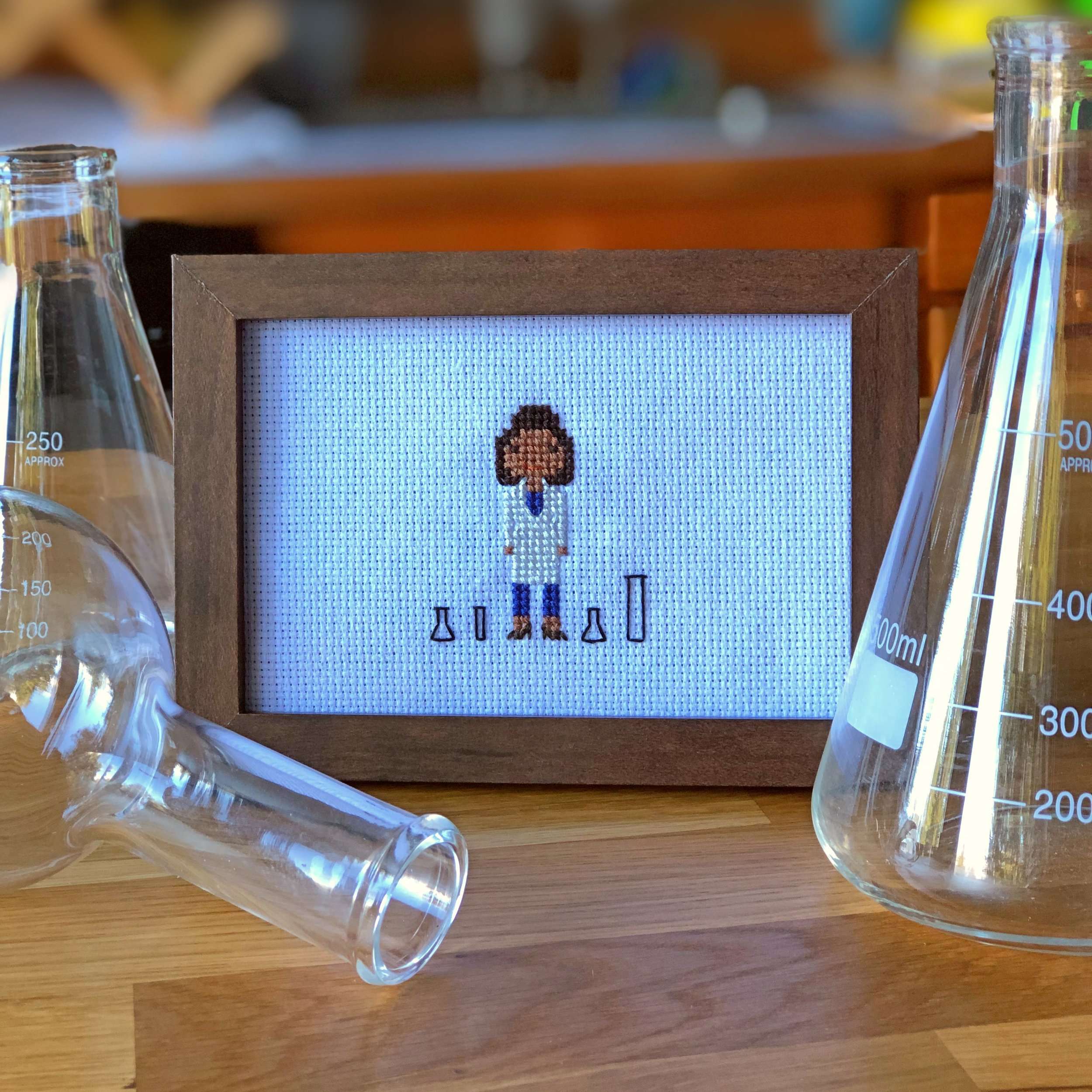 In case you haven’t been following us on Facebook and Instagram, this month we’ve been celebrating Black History Month at Stitch People by learning about and stitching a portrait dedicated to a legendary person of African American descent!

This has been such an enlightening and fascinating series we’re sad Black History Month is just one month! So, in case you missed a week or you missed the series, here it is, all together. Enjoy this fascinating journey into history! 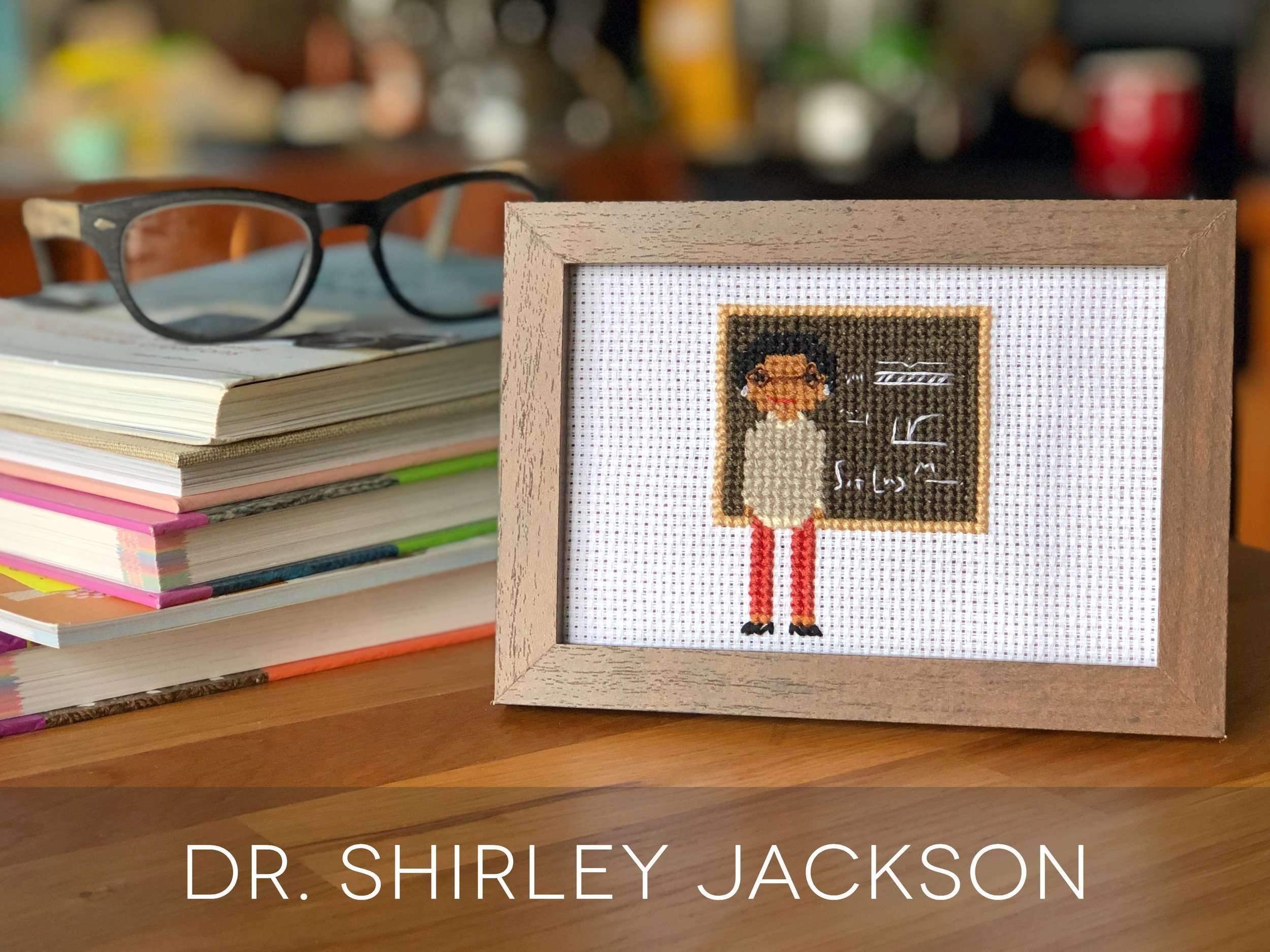 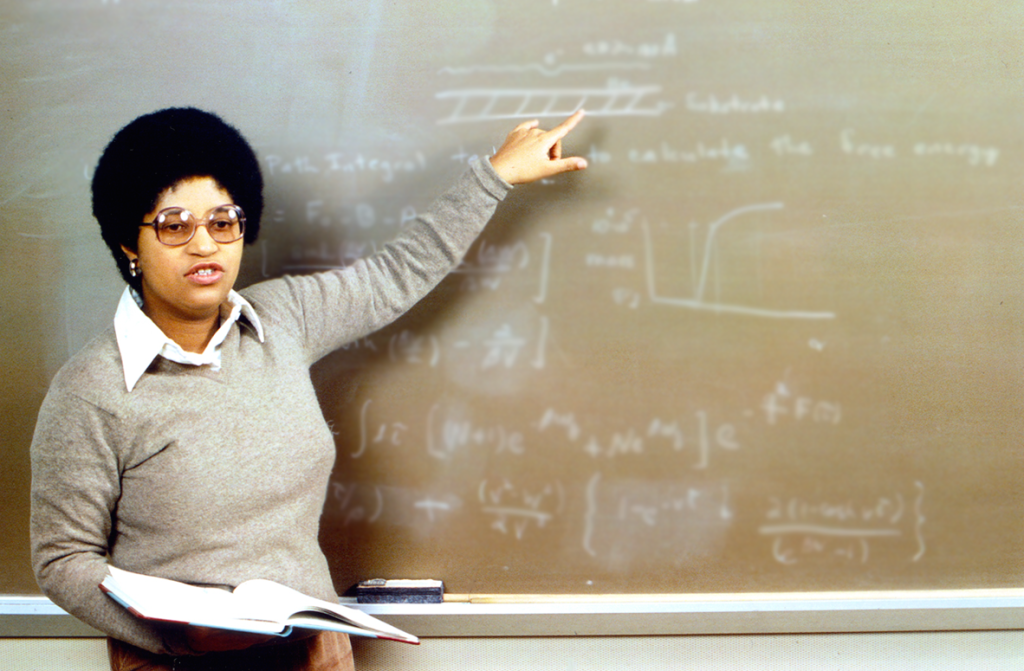 Dr. Jackson was the first African American woman to graduate with a Ph.D. from MIT and the second to earn a Doctorate in Physics.

Her research led to the development of Solar Cells, Call Waiting, Caller ID, Touch-Tone Telephones and Fiber Optic technology that you are probably using right now!

She was appointed the chair of the U.S. Nuclear Regulatory Commission by Bill Clinton in 1995. Then, in 1999, she became President of Rensselaer Polytechnic Institute, where she currently serves! 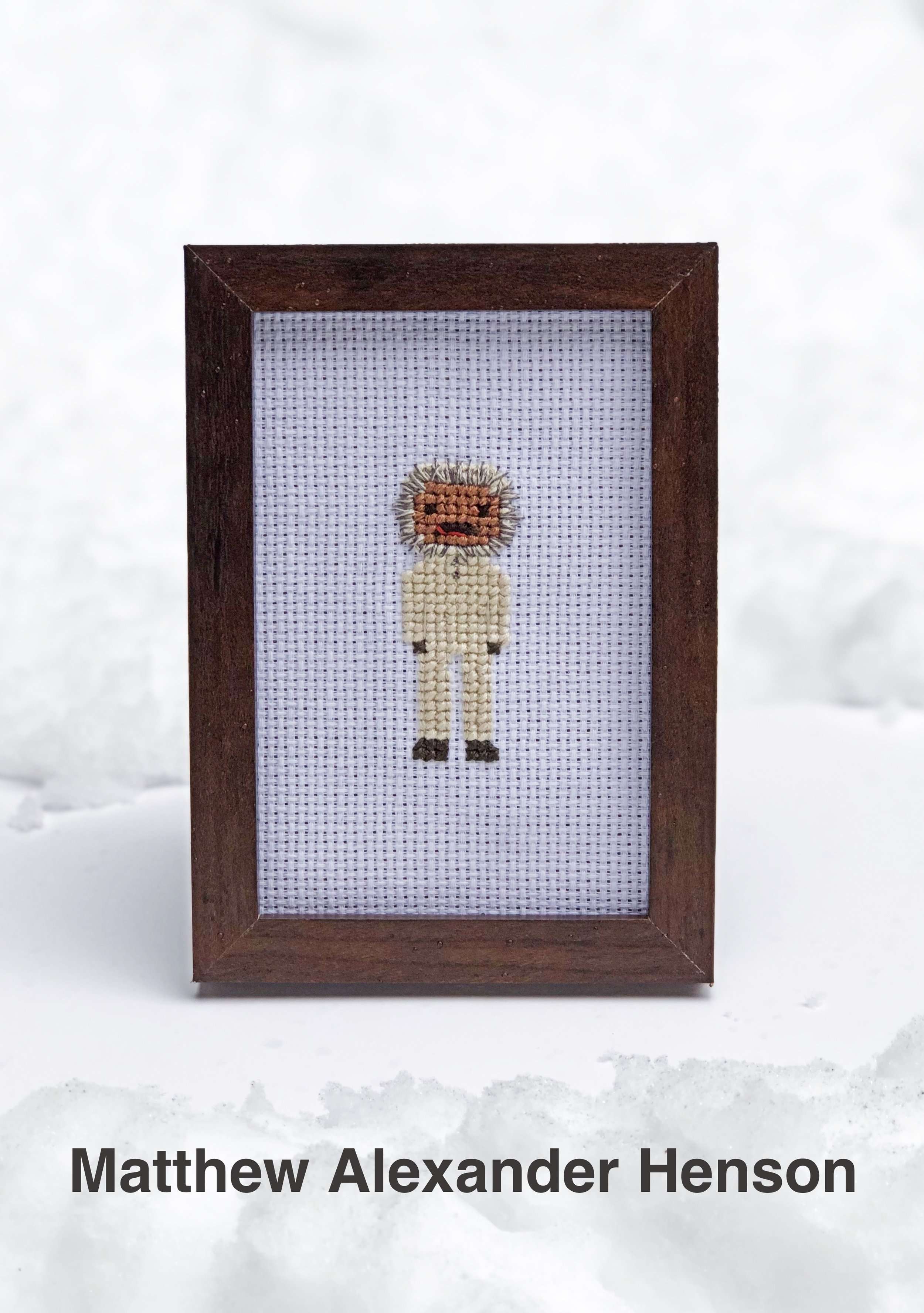 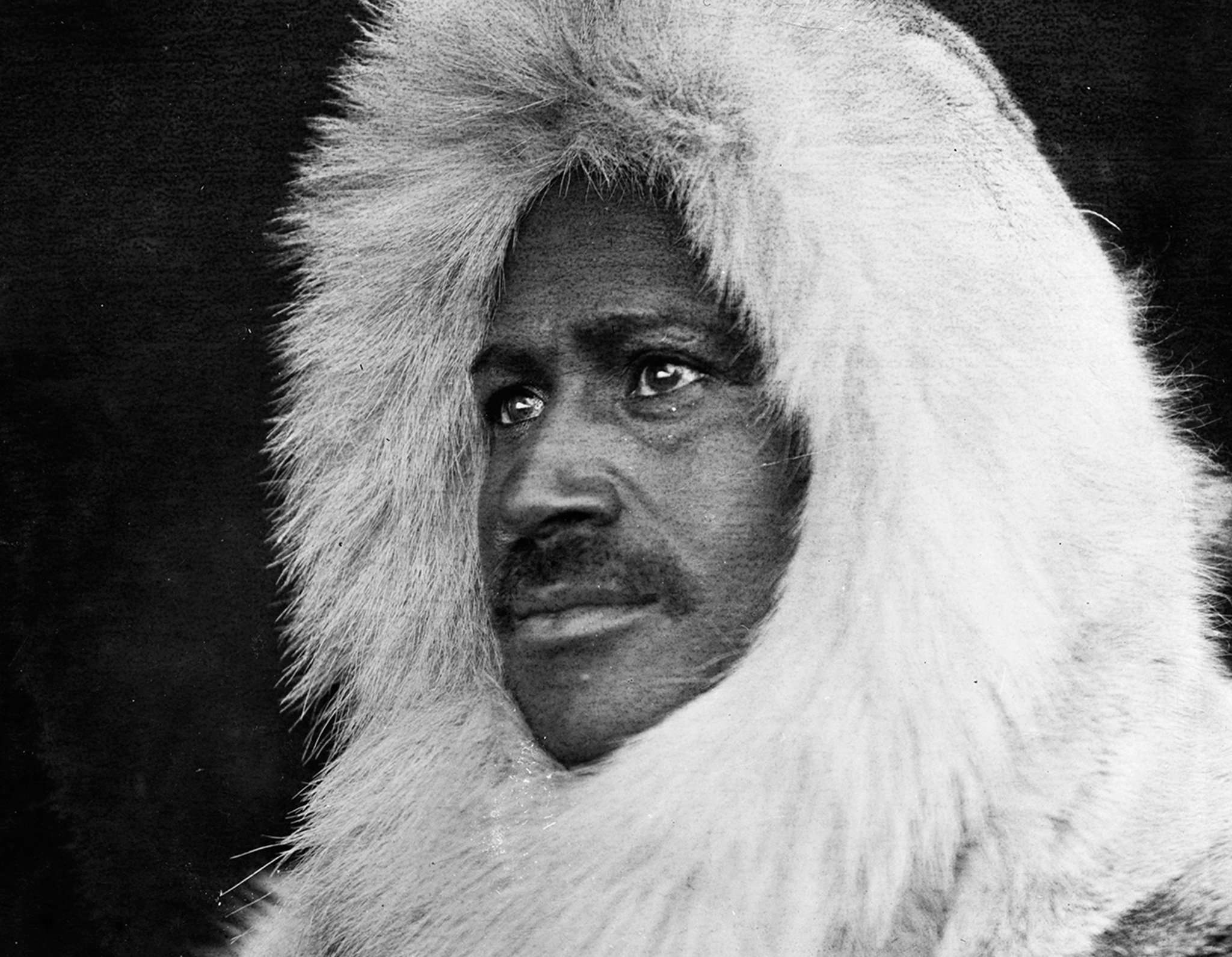 Matthew Henson was among the first group of people recorded to reach the Polar North in 1908 – 1909 (although later research indicated they were about 60 miles short…but still!).

Born in Maryland in 1866, Mr. Henson spent his early life in Washington, DC. From the age of 12, an orphan, he worked as a Cabin Boy where he learned to read and write. He later became a Salesclerk where he met Robert Peary and became his Personal Valet.

In his first Arctic expedition, Mr. Henson served as a craftsman and navigator. During these years he studied Inuit language and survival techniques and became an expert in dog-sledding and hunting. Then, in 1909 he, Peary and 4 Inuit men made it to (or at least close to) the North Pole.

In 1937, he became the first African American to become a lifetime member of the Explorers Club and in 1948, elevated to the highest level of membership.

Henson passed away in 1955 but was posthumously awarded National Geographic’s highest honor for exploration and was reinterred, along with his wife at the Arlington National Cemetery, alongside Robert Peary. 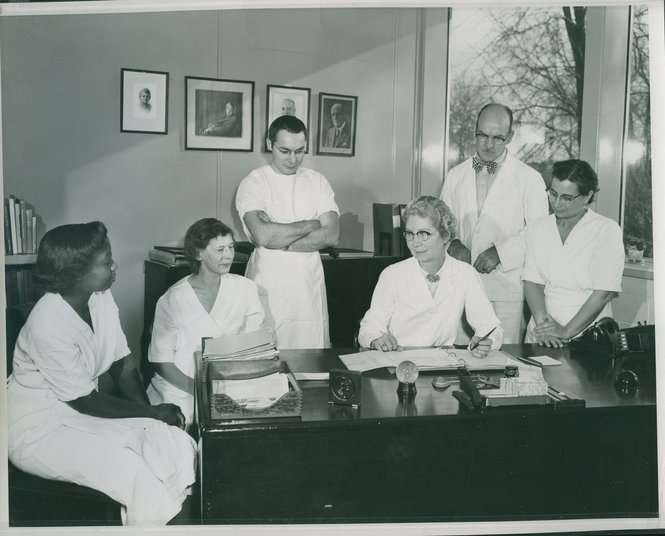 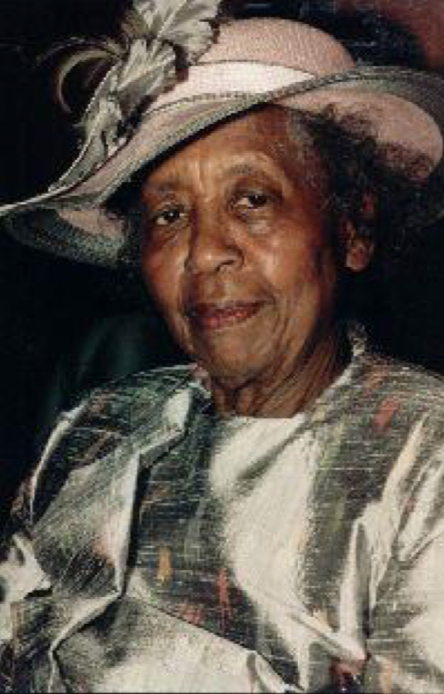 Born in 1915 in Arkansas, Loney Gordon earned a Bachelors degree in Home Economics and Chemistry from Michigan State College in 1939. Wanting to be a Dietician, she faced years of rejection as she was told time and again, white chefs would not want to take orders from a black dietician.

At the time, the bacteria Bordetella pertussis (cause for Whooping Cough) was at such an epidemic, it was killing 100’s of children a year and Michigan was suffering particularly hard.

Pearl Kendrick and Grace Eldering headed a group charged with finding a vaccine for Whooping Cough but they needed a strain of the bacteria virulent enough to create a vaccine that would save the lives of a generation of children.

Loney Gordon’s research found that sheep’s blood was the key to incubating the bacteria and led to her finding an organism that was several times stronger than any previously found. Her research was a key component in the development of a vaccine much more effective than any that had been used to this point saving thousands of lives.

Loney Gordon continued to work in Laboratory Medicine until her retirement in 1978. She passed away in 1999 but was inducted into the Michigan Women’s Hall of Fame in 2000. 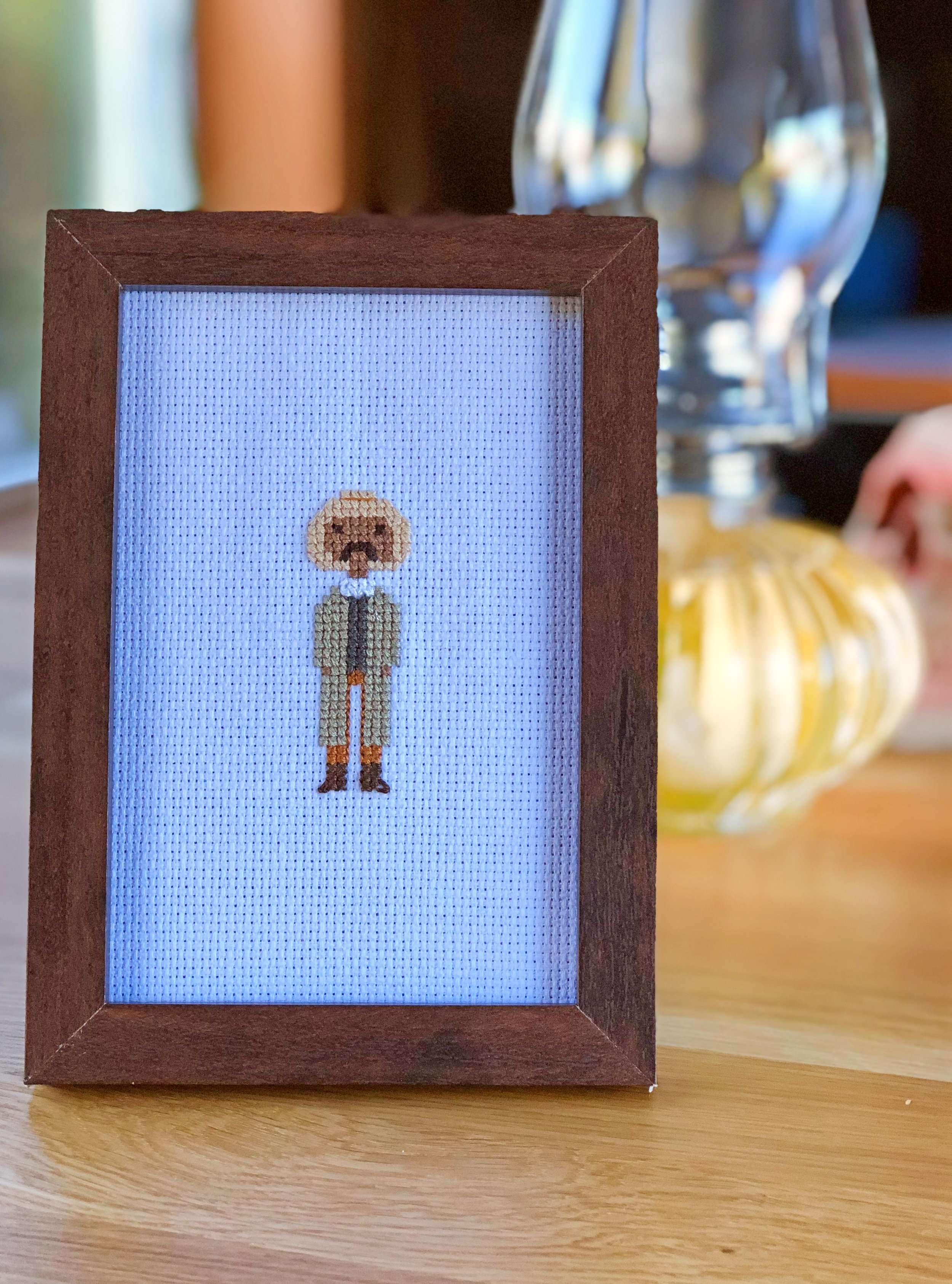 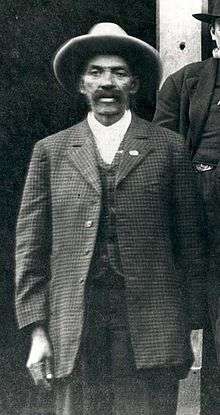 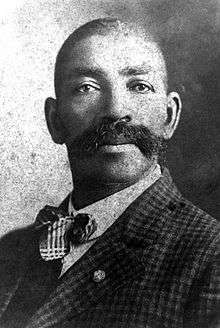 The original gunslinger of the old west!

Born into slavery in 1838. As he grew older, Bass Reeves took on several roles eventually becoming a personal valet.

During the civil war, Bass was taken to serve his slave owner under the confederacy. Under unknown circumstances, Bass Reeves escaped slavery and became a fugitive. During those years he took refuge with the Seminole, Cherokee, and Creek Indigenous People. He learned their customs, languages and tracking skills – he also became quick and accurate with the pistol.

“Freed” in 1863 by the Emancipation Proclamation, Reeves became a successful farmer and rancher, marrying Nellie Jennie and raising 10 children together on their homestead.

During this time he was known to serve as a scout and guide for U.S. Deputy Marshals in Indian Territory on business for the Van Buren Federal Court. In 1875, with his vast knowledge of the area and abilty to speak several languages, Bass Reeves was recruited as a U.S. Deputy charged with “cleaning up” the Territory of lawlessness. It was during this time Bass Reeves became a legend.

Riding a white steed and in a big hat, Reeves was prolific in “capturing his man”. Known to be courteous and polite he was not averse to using the odd disguise if it served him. He was reported to be able to ride into a gunfight and come out with his man and not a hair out of place. By the end of his career, Reeves had brought in over 3000 outlaws.

Bass Reeves passed away in 1910 due to complications of Bright’s disease leaving a vast legacy which spanned decades as it was proposed that he was the inspiration behind the long-running television series: The Lone Ranger and was the subject of many novel and movie since!

Thank you for coming along with as us we delve into just a few of the important African American figures through history. As alway, we’d love to hear from you and see some of the people who have inspired you to make a Stitch People portrait! Email us any time at info@stitchpeople.com